Comments on Problem sheet A4

It’s really important that you remember to check the allowed values for the parameters and state variables! This caused some problems in both questions.

Even without looking at the stability we could draw the nullclines and basically answer the question but the stability helps attempt to sketch the trajectories. It’s easy to look at the first case and think the non-trivial steady state is a spiral node but it is in fact this weird looking stable node.

We’ll use this to model things like populations but notice this applies to other things like Newton’s method for finding roots of a function g: $$ x_{n+1} = x_n - \frac{g(x_n)}{g'(x_n)} $$ where we essentially are just iteratively getting better approximations of the steady state where $g(x^*)=0$, which is the root we are trying to find.

The general approach to this geometric method is as follows:

Below is an illustration for some arbitrary example

In the lectures you were given an example of the Ricker map, but here I’ll mention a similar model called the logistic map. This is defined as $$ x_{n+1} = \mu x_n(1-x_n) $$ This is a really famous example and there’s a fantastic numberphile video on it which I’d encourage you to watch if you’re interested and have a go at mapping yourself. Ben Sparks who is in the video is actually part of the University of Bath too! 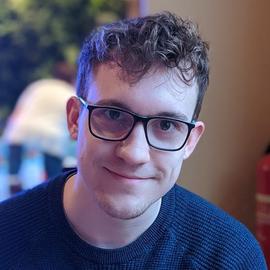